This weekend was a big weekend for Nick. He jumped with both feet off the ground, he brushed his own teeth voluntarily and he "asked" to start the journey towards being diaper-free. I am not ready for my baby to be a little boy, but it looks like he's ready to become one!!
Posted by tejl at 9:15 PM No comments: 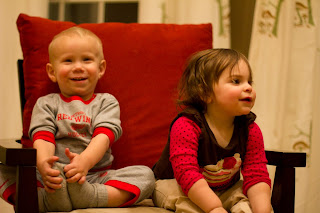 Nick's friend Emily K and her family came over today. Nick and Emily had so much fun! We played in the playroom, ate lasagna and wore each other out in general. We can't wait to have Emily and her family over again!
Posted by tejl at 10:09 PM No comments:

Hard to believe this is Nick's third calendar year! Time is going by so fast. He had a great time at New Year's this year. Jeff's cousin Jen and her family hosted all of the Lundbergs at their house. Our generation has lots of kids now and Nick had a blast playing with his second cousins! And Jeff and I had fun catching up with everyone. Can't wait for next New Year's! 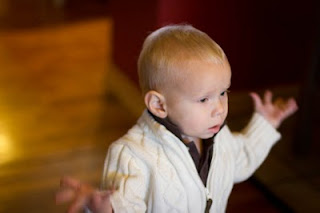 Nick's new "thing" is to shrug. 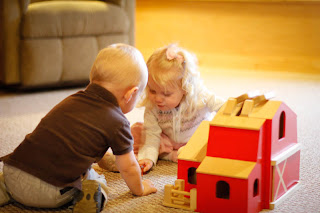 Nick and Bella playing with the barn. 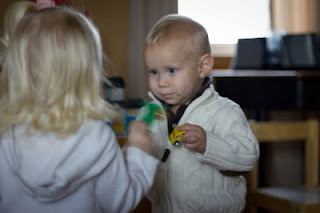 Nick and Bella playing with the cars. 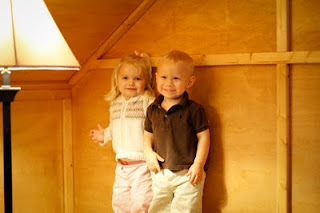 Nick and Bella chasing each other on the ledge. 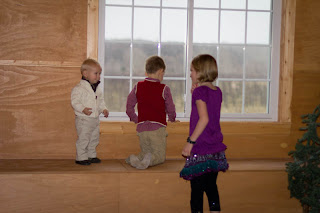 Nick, Lesleigh and Mason looking out the window. 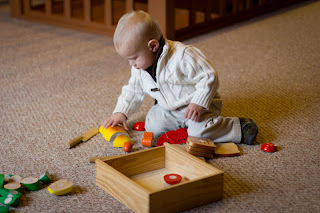 Nick playing with the Melissa and Doug food - it's pretty neat, the pieces velcro together and there's a knife so the kids can "cut" the food!