We decided to take Nick out to the tailgate today to see Grandpa. By the time we got there, though, the game had already started. Nick really wanted to go in to the game to see the marching band and Grandpa, and THE NICEST UM employee EVER overheard Nick and gave us his staff tickets for free! It was Nick's naptime though, so we only lasted two quarters. That's longer than he lasted last year though! We are definitely going to get season tickets
again next year! 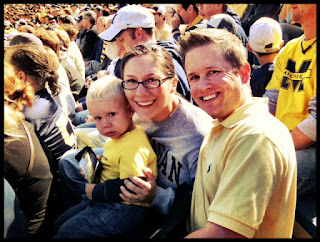 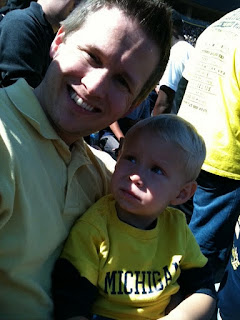 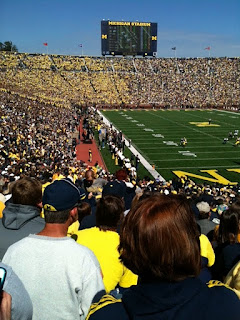 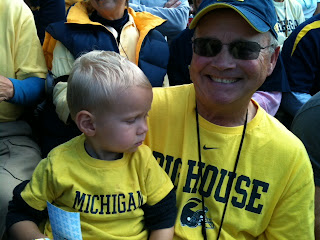